Books tell stories about the past. 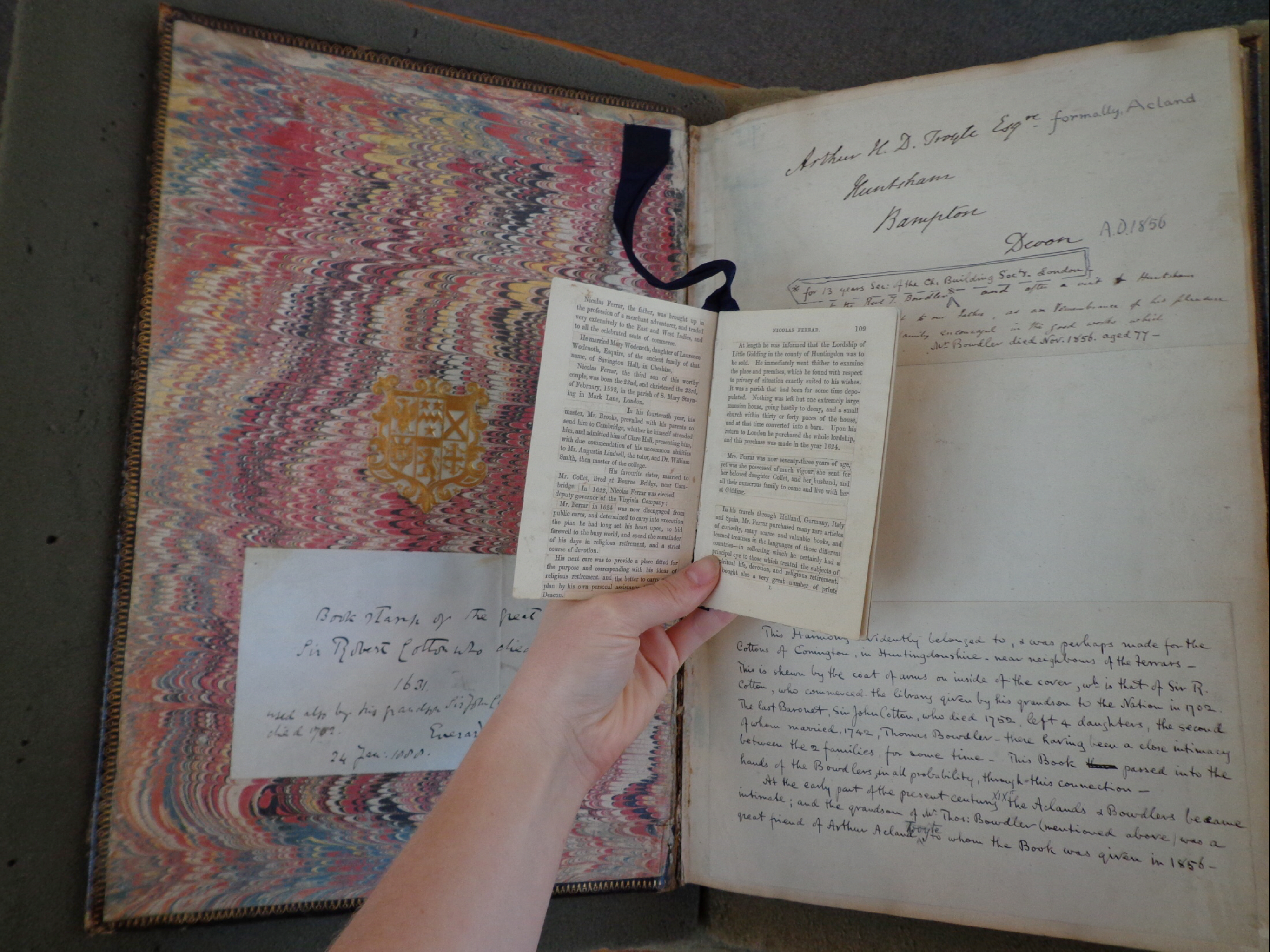 Marginalia, annotations, and objects left in books tell us how readers engaged with the text. The binding, structure, and size of a book suggest how it was used in daily life. Book historians and bibliographers know how to read this material evidence and have used it to narrate textured histories of reading and writing. How can digital technologies help communicate this scholarship to a broader public? Thinking beyond the facsimile, what would a digital “edition” of a material book, rather than its text, look like? 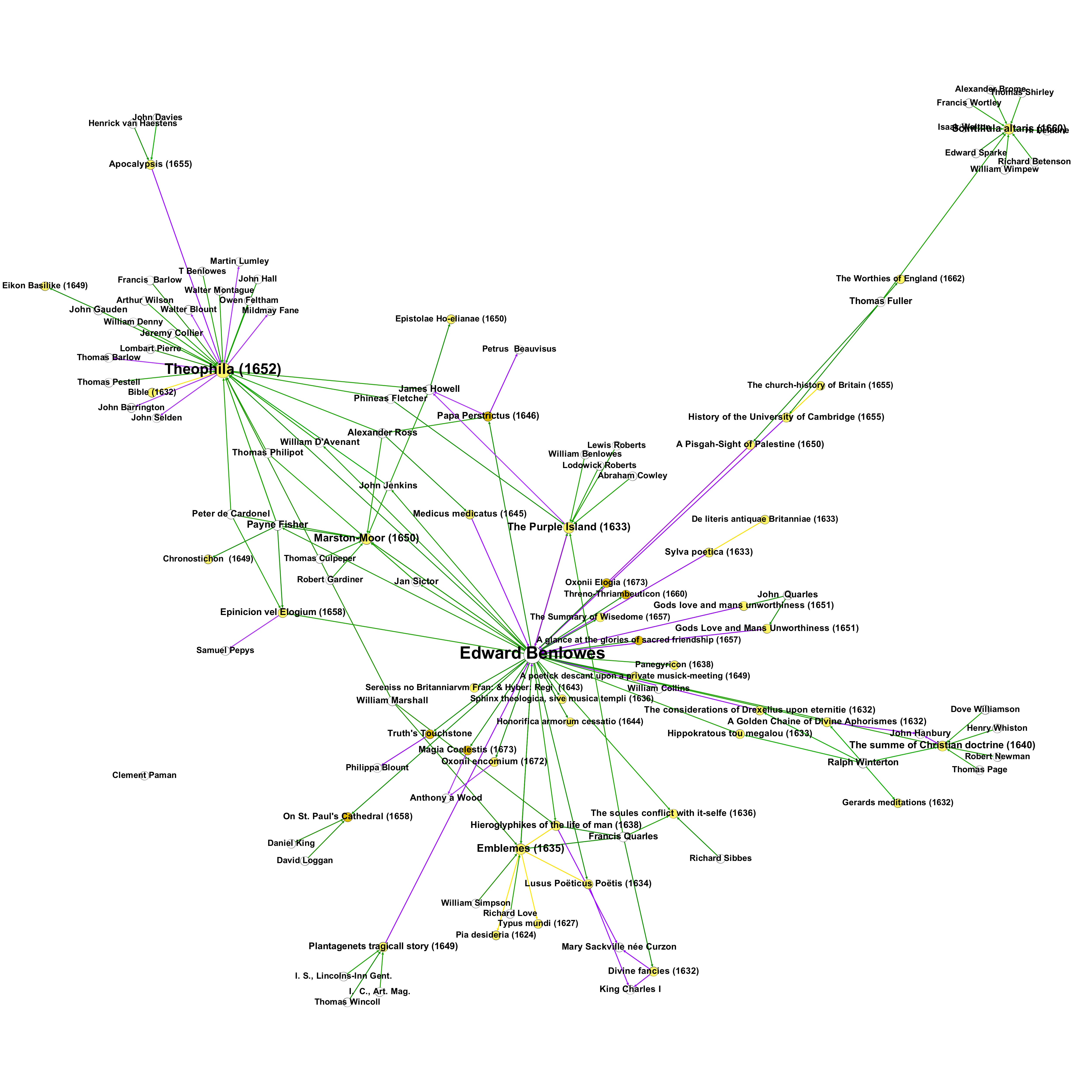 These are the questions that motivate this project. Beginning in Summer 2018, this site will host a series of small-scale digital interventions into the social lives of three little-known early modern publishing projects: the Little Gidding Harmonies, a series of cut-and-paste biblical concordances made by the women of Little Gidding in the 1630s and 1640s; Edward Benlowes' Theophila (1652), a book published by the Royalist stationer Humphrey Moseley and extra-illustrated with etched plates printed and assembled by Benlowes himself; and John Bagford's late-seventeenth-century books of medieval manuscript fragments, collected from binding waste. Using Digital Mappa, Edition Visualization Technology, hand-curated social networks built with D3 and Gephi, and a new tool designed in collaboration with Liza Daly (described below), these digital exhibits and visualizations offer, literally, a new view of the history of printing in the seventeenth century. These case studies come from Whitney Trettien's in-progress monograph on bespoke publishing, Cut/Copy/Paste, and will be stitched into the digital chapters being staged on the Manifold Scholarship platform of University of Minnesota Press.

What's this about a new tool?

Many of the interventions staged here will be pieced together from existing technologies. In working with these tools, though, it has become clear that there is no easy way to model the materiality and three-dimensionality of a book in relation to its flattened digital facsimile.

This is where Liza Daly comes in. In January 2018, Whitney and Liza began working together to design a simple, web-based application for touring material texts. The application can be used to browse a digitized book, build a guided walk-through of its interesting features, or visualize its structure. While this project began as a way of augmenting the other digital book history work being done for Whitney's book project, the end product will be open source, and its purposes are wide-ranging. Libraries might use it to produce online exhibits of books in their collections, or scholars might use it augment a scholarly article or monograph. We are working to make it IIIF-compatible. In short, our goal is to construct something simple and extensible that might build bridges between book historians, their readers, and the general public. 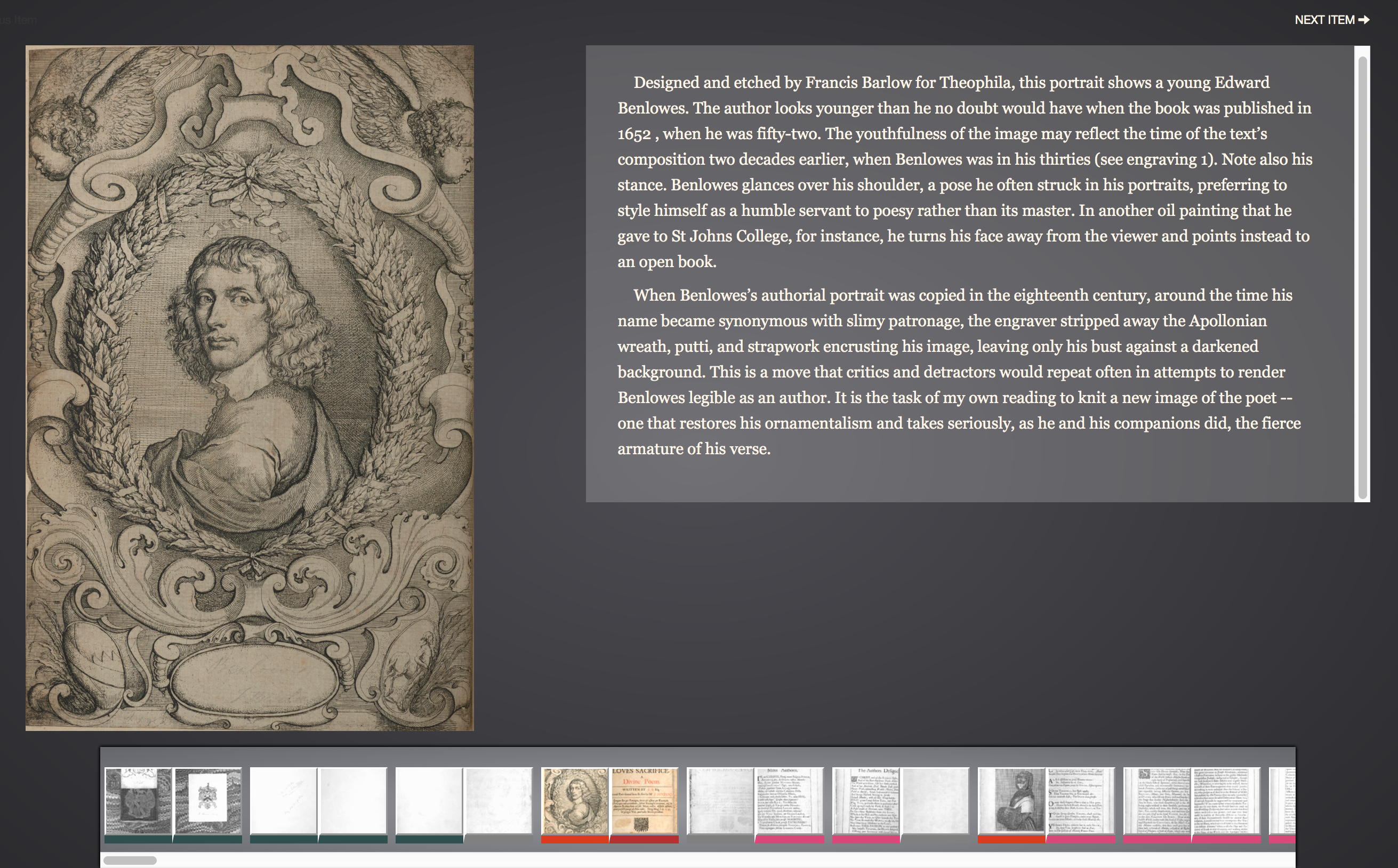 Visitors can “tour” interesting features of a digitized book, such as marginalia, illustrations, or noteworthy passages of text. Each stop on the tour is built as an HTML file containing text and image, layered over a facsimile browser. Visitors may toggle between browsing the book on their own or following the guided pathway laid down by the editor. 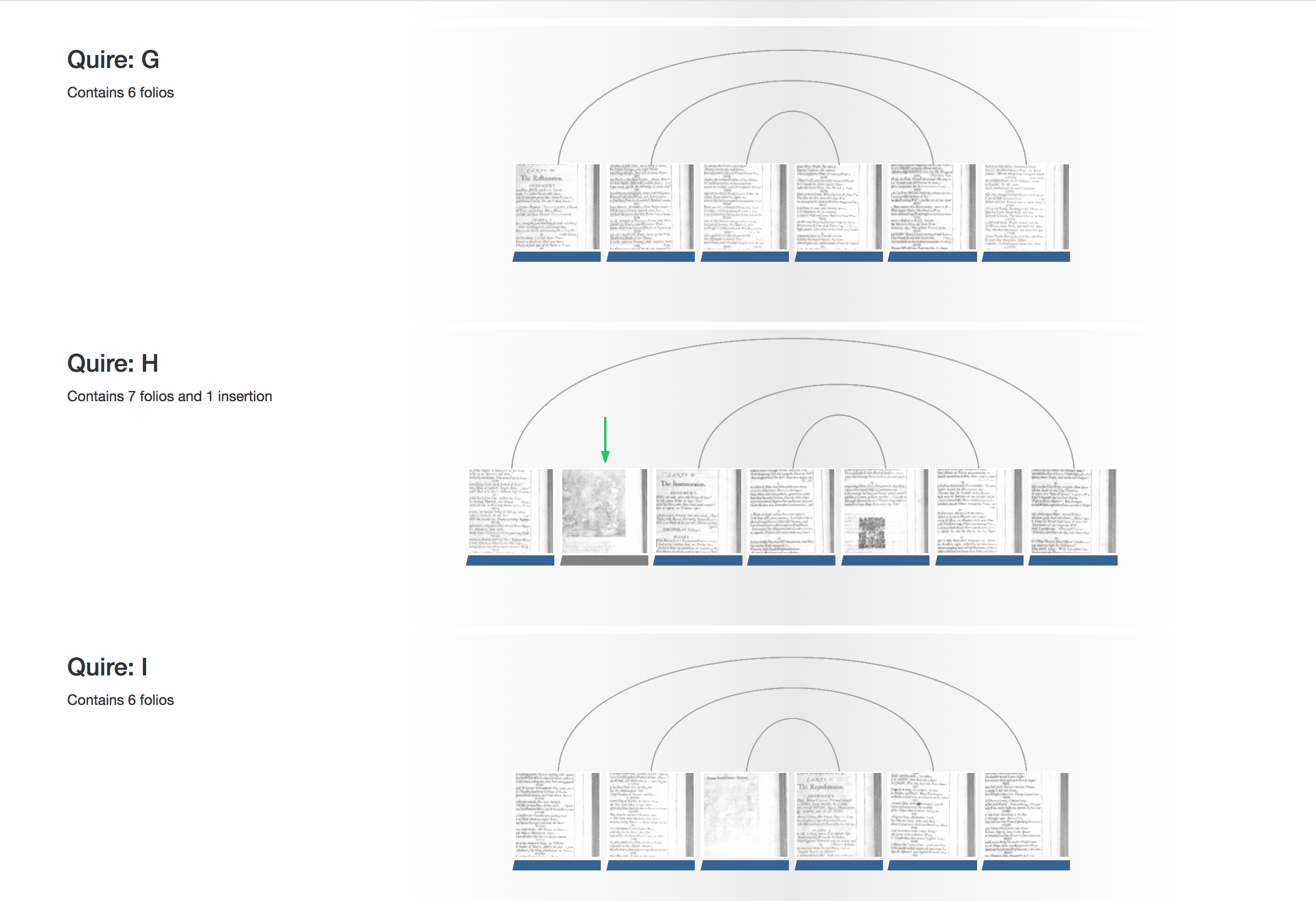 This project brings the collation formula online, generating simple but powerful visualizations of a book’s gatherings. Readers can explore the book via this gatherings view, or use it to dip back into a more typical facsimile browser. It could also be used to compare multiple copies, identifying variants, or give a “birds-eye” view of a book. This visualization pulls from a basic XML file. Here, we have been inspired by other work in the same vein, namely VisColl, a system for visualizing the structure of medieval manuscripts developed by Dot Porter at the Schoenberg Institute for Manuscript Studies at the University of Pennsylvania, and Impos[i]tor, a tool for simulating the imposition of printed sheets from a digital facsimile, developed at the Folger Shakespeare Library. We have also taken inspiration from Alan Galey’s work on Visualizing Variation, a script for identifying material and textual variants.

Many early printed books are encrusted with materials other than the primary text: preliminaries, dedicatory letters, commendatory verse, frontispieces, engravings. By attaching categories to individual pages, this project allows scholars to quickly view a map of any given book, offering a snapshot of the variety of materials it aggregates. The categories are determined by the editor, making the concept flexible enough to accommodate a variety of types of projects. They are marked via color-coding on the browse and gatherings views. 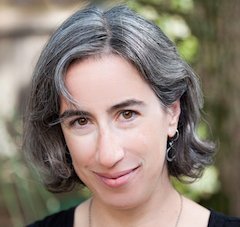 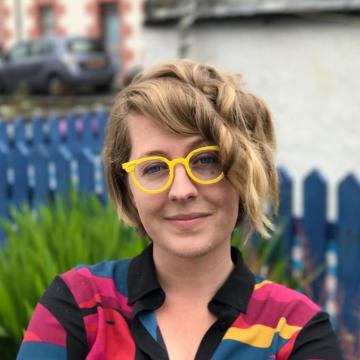 Early development of this project has been funded by the Price Lab for Digital Humanities at the University of Pennsylvania and the Mellon Foundation.